In contrast to broth, stock is not a ready-to-eat dish. This vegan stock is made with celery, leeks, fennel, carrots etc. and is making a good base for soups. 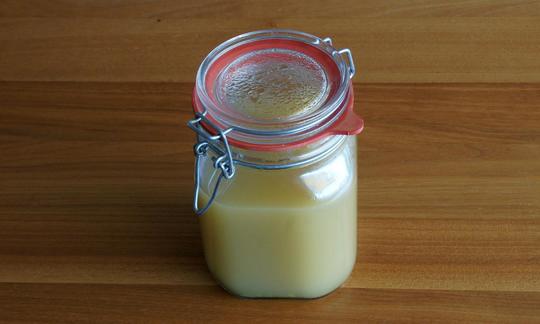 Canned vegetable stock in a jar 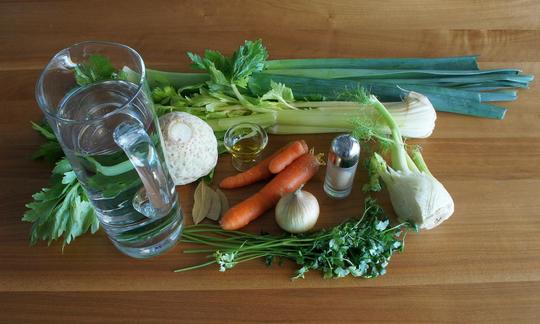 The “mise en place” for the vegetable stock, which includes the spices and herbs and other ingredients for the stock — here without equipment 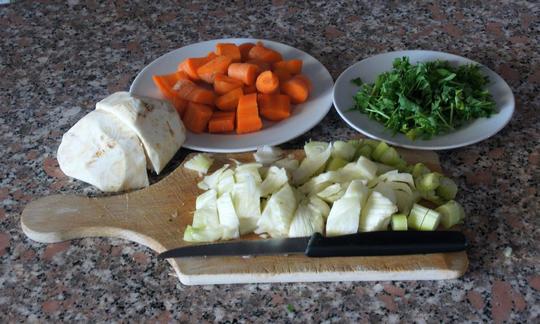 Coarsely chopped vegetables for the stock 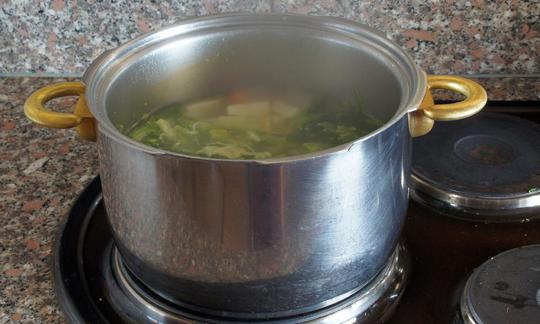 Vegetable stock simmering in a saucepan 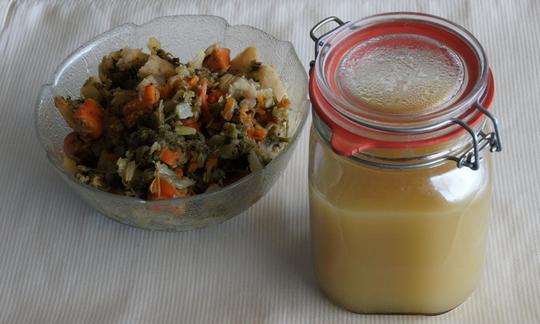 In contrast to broth, stock is not a ready-to-eat dish. This vegan stock made with celery, leeks, fennel, and carrots is easy to make and is a good base to use for soup.

Estimated yield: Although it first seems that large amounts of fluid and ingredients are used here, a recipe to serve 4 people will in the end make about 1 to 1.5 liters. However, this amount depends on the temperature the burner is set to, the time the soup is boiled down, and the size of the pot. If you only plan to use part of the stock immediately, this is an estimated yield you can use to plan the number of containers you will need for canning.

Quick version: If you want to prepare the stock quickly, you can use a pressure cooker. Cook the stock for about 20 minutes, add the herbs and spices, and then let simmer for an additional 15 minutes.

Buying prepared stock: Stock is sold in most well-stocked supermarkets, usually in jars or Tetra Pak cartons. However, commercially sold stocks often contain salt. If this is the case, you should make sure to add less additional salt.

Storage: If the stock is poured into clean containers, ideally sterilized with hot water, it can be stored for about 2 weeks in the refrigerator or 3 months in the freezer.

Varying the ingredients: You can ultimately use any type of vegetables, including vegetable scraps, to make a stock. And you might like to add additional herbs and spices such as cloves, allspice, thyme, or garlic.