The Four Fundamental Forces of Evolution

Personal thoughts that helped me gain some insight into the principles of organic farming. Four fundamental forces of evolution that form an analog to physics. 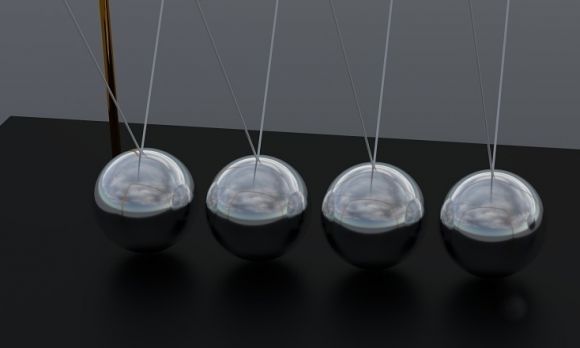 In 1980, when I started with organic farming and later exporting the organic bananas grown in Tenerife, I first tried biodynamic agriculture. It seemed to be the best method at that time. But an experience I had that I describe below in the section “What this means for organic farming” and certain dogmas of the method that were simply too esoteric for me prompted me to discontinue this “special” type of farming and switch to traditional organic farming. Important: I do appreciate the Demeter quality very much, but it was just not “my thing.” (Demeter is a German brand with products that have been produced based on anthroposophical, biodynamic principles.)

I read a lot, of course, but as I was on my own, I also had a lot of time to think. I was interested in life.

I first found it to be driven solely by pleasure and pain. The two greatest pleasures are involved with procreation and preservation of an individual; sexual satisfaction and the palate.

Many people are not aware of just how much suffering is found in nature, and it is true that even pain and suffering have their place. Pain has to do with protection and the finite nature of us as individuals.

It seems that the general public is not aware that plants also “cause pain” in order to assert themselves.

As part of chemical ecology, researchers examine the interrelationship of organisms in order to use this information for biological pest control. This way, conventional insecticides can be avoided. 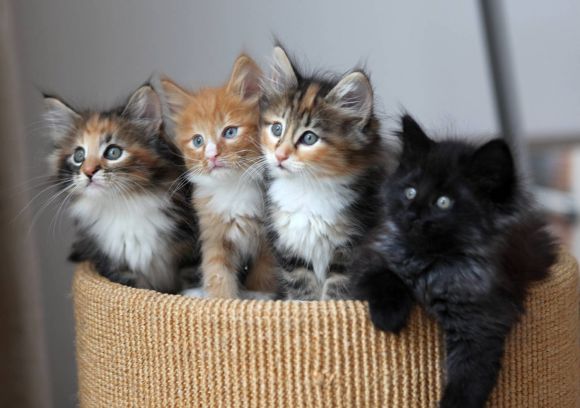 2. On the four fundamental forces of evolution

Selection, mutation, migration, and random genetic drift are known to bring about evolution.

At least for my own understanding, I believe I have found four principles that drive evolution. On the positive side, I find these to be important for organic farming, for example, to help us gain a deeper understanding of the interactions involved. But I believed that my thoughts on the subject would already be known or would be incomplete or incorrect.

There was no Internet yet at the time, and I believed that Konrad Lorenz would be the person most likely able to understand my thoughts on this topic and possibly comment, but I didn’t write him because I thought it might seem impudent.

I am now writing down these inductive thoughts here and making them available to the general public as I have not yet found them formulated anywhere else. I don’t think I have discovered something new, but I am viewing the topic from a different angle.

In my opinion, every living organism has one or more of the following “functions” in evolution. Of course, they don’t “know” this, but they simply act in a certain way and under certain conditions. However, in the end it leads to the following evolutionary effects:

This is what I see to be the motors or forces of evolution. They enable, enhance, and accelerate evolution, together with pleasure or pain reactions in individuals.

To be able to understand these ideas, we must clearly distinguish between individual living creatures, species, and evolution as such. For example, a mealybug does not intend to attack a plant, but to nourish itself. However it is in the interaction of a plant with a healthy “aura” or defense and the “animal eating it” that the function of evolution occurs.

I was not able to find a “fifth force” to add to this “system” of fundamental forces of evolution. A new center of origin would be a result of the four forces and the two stimuli (pleasure and pain) in the individual, which at the minimum would cause epigenetic changes.

3. What this means for organic farming

The following example demonstrates how important it is that we understand certain processes in nature:

Around 1980 in Santa Ursula, I bought a two-meter Canarian palm tree that a Spaniard had planted in an oil drum. He raised palm trees this way so that they would be easy to transport.

The roots of the palm tree had burst open the barrel in places. Unfortunately, the preparations needed in order to transplant the palm tree took more than a year. And by that time, all of the major fronds (leaves) were almost entirely covered in mealybugs.

We had a visit from an inspector for biodynamic farming. He was practically pleased about this situation and (I believe) on a night of a full moon, he removed the mealybugs. He prepared a sort of concoction or tea which he poured onto the fronds and also used to water the plant.

I saw that the plant was wedged in the drum and didn’t have enough nutrients and was therefore weak and sick. These “pests” were now required by nature to take action. Fundamental force three was coming into play.

After the palm tree was finally put into its designated location and freed from the narrow oil barrel that lacked new nutrients, the mealybugs slowly disappeared. I’m not sure if that was only the case on the newly developed fronds or if even the old ones cleared up. But either way, we didn’t have to spray this plant to try to get rid of the bugs. It recovered from infestation because of its much improved nutritional situation. 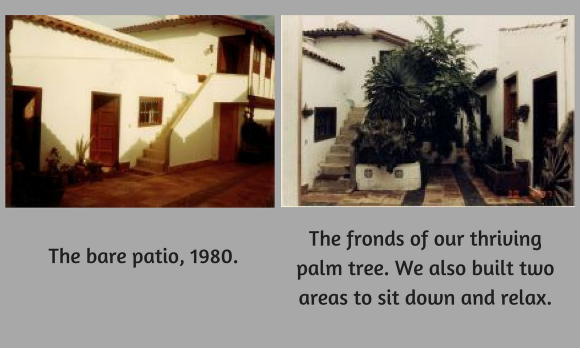 I saw the same in growing bananas. The conventional growers (I was the only one doing organic farming) were always struggling with mealybugs, red spiders, and nematodes.

I did not have these problems; you can read more about that here and about a special muesli here.

We exported the transitional produce to Migros Switzerland for three years. When changing to organic farming, the fruit is not considered to be organic until three years have passed. And that’s a good thing because any residues in the soil from previous cultivation must first decompose. We had even added new soil. After this period of time, we shipped boatloads of organic bananas to Schwarzbrot (organic retail store) in Hamburg and smaller orders to Via Verde AG in Pfaffnau, Switzerland. Unfortunately, Schwarzbrot no longer exists.

The origin and development of all living organisms is called phylogeny and stands in contrast to ontogeny, which describes the development of individual organisms. There are a number of theories about the origin of life in science (phylogeny). Today, we estimate the beginning of life on Earth to be about 3.5 to 4.6 billion years ago.

The classical doctrine of phylogeny is called autotrophic theory. According to this theory, iron-sulfur surfaces arose from volcanic emissions under reducing (oxidation number) and anaerobic conditions. Oxygen was still toxic for living organisms.

Similar life exists in deep underwater areas where photosynthesis is not possible. But autotrophy exists in organisms today as well. These produce their sustenance for existence and preservation exclusively from inorganic materials and energy. Iron-sulfur cluster is a term used in this context.

The latter are primitive bacteria (archaebacteria), which live as extremophiles in hot spots under water. Archaea are utilized today in soil and water sanitation and to extract methane in biogas facilities. To date, there are no known pathogens from the archaea group.

German Wikipedia (under autotrophy) on photoautotrophy: Almost all plants and algae, and some bacteria, such as the purple sulfur bacteria and green sulfur bacteria, convert light energy into chemical energy using chlorophyll-containing systems (ATP) (phototrophy). The resulting energy is used to produce fortifying and reserve materials out of inorganic materials (see photosynthesis).

There is also a theory that extra-terrestrial particles brought life to earth. German Wikipedia describes it as follows in the entry on life: The phylogenetic perspective on the origin of life includes the questions of whether life originated on Earth or on another celestial body and how the first living organisms emerged in an inanimate environment....

The ontogenetic perspective focuses on the development of an individual, not on the initial creation of living organisms. It looks at how an organism develops (e.g., from a fertilized egg). This is also falsely referred to as “the beginning of life” although it really is a continuity of life over the course of generations. This is a case of the emergence of an individual, not of the initial creation of a living organism.

Religions often hold up beliefs that in no way reflect current findings. In discussions with even very intelligent people, it is often impossible to get to the bottom of such issues as there is such a thing as turning off the thinking brain.

See also The Meaning of Life, Natural Science, and Belief in Religion by Dr. Gottfried Schatz.